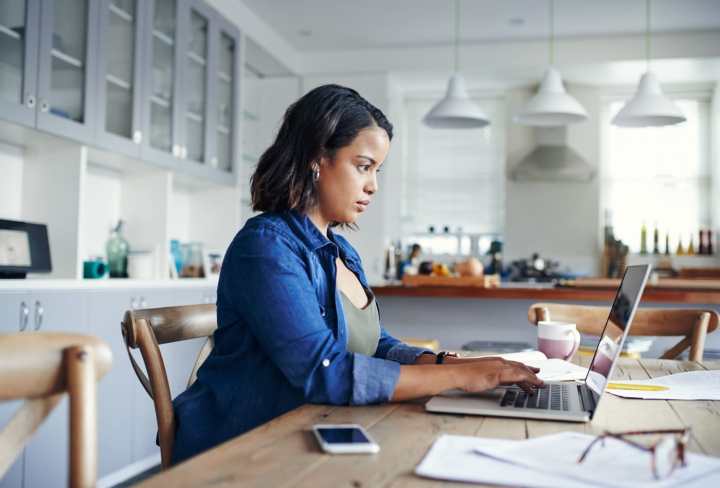 Over the last few days we have seen the Labour lead Welsh Government announce an interesting target. It is their “long-term ambition to see around 30% of Welsh workers working from home or near from home, including after the threat of Covid-19 lessens”.

Remote working is something that I have thought about with interest since long before the start of lockdown. Back when I worked as a solicitor in a large commercial law firm in Cardiff, I observed competitive office bravado from some, competing on who could stay in the office the longest. Were they efficiently working during all those extra hours? I don’t know. Then there were those who had young families and so needed to leave earlier. Some of them would then log back on later in the evening and carry on working from home, long after their little ones were in bed and after their other colleagues had left the office to head out for dinner or a cheeky glass or two. Did they have to do that to keep on top of their workload, or did they do it to show that they too were also prepared to put in long hours, even from home. Again I do not know. However, I recognised the benefits to allow more flexible working then, and I still do now.

We all have different lifestyles, commitments and needs. As recently has been acknowledged by the Centre for Welsh Studies, there could be many advantages found from more remote working. Nonetheless, I remain to be convinced that it is right for a government to have a target on this, and I hope that the Welsh Government has given thought to the wider impacts and potential unintended consequences of increased home or remote working.

I am glad that the Welsh Government has realised that there is some nuance to this issue. It has acknowledged that it is “conscious of the needs of those for whom – for various reasons – home working is not a viable option, and will be exploring how a network of community-based remote working hubs could be created in communities”.

The issue is, however, considerably particular to individual circumstances and for this reason, I find it a little surprising that Welsh Government should come up with an arbitrary target on a matter, which in my view, should be driven by businesses and their intricate knowledge of how this will impact their employees, clients, consumers and those who receive their services.

As acknowledged already, I fully agree that there are potential benefits to be had from more remote working, such as less time spent commuting, which will no doubt help to reduce emissions but also improve work efficiency for many. However, this will not be the case for everyone. There are those who thrive with and need ‘real life’ face-to-face daily interaction; interaction that can help stimulate ideas, creativity and innovation, as well as real life face-to-face necessary supervision, which for some professions and sectors is vital.

Yes some will find that they can have a better work life balance when working from home, but others (like me) will fail to switch off – they will continue checking their emails from the sofa way into the evening and they may eat, sleep and breath their job if there is no clear boundary between a work place and a home. Furthermore, they may find the whole experience of working from home rather isolating and lonely; I know that during lockdown, many living in rural areas have found this to be the case.

But what about the other wider consequences caused by such an increase in remote working? How will this impact the high street? Shops, cafés and many retail businesses rely on trade from workers in town and cities.  If 30% of all of the office professionals in Cardiff worked from home, then how would the Brewery Quarter & Mill lane be impacted?

In setting this target, I also hope that Welsh Government have thought about the consequences of a 30% reduction in office space. Could this result in some businesses moving out of towns and cities? Will this reduce business rate revenue? What about the impact that this could have on some of the lower paid office workers, such as cleaners? The last thing we need is for this to have unintended unemployment consequences.

Whilst I have issues with the setting of this target, I agree that that the Welsh Government could help to facilitate home working – digital infrastructure is key here! So is consideration of planning laws and how to deal with a potential workforce displacement. As discussed above, this is a nuanced issue and despite the obvious benefits brought by more remote working, there is also the potential for negative and unintended consequences. My view is that increased home and remote working should be a natural progression driven by businesses and not led by the Government, but that the Government should aim to be forward thinking in its consideration of the consequences.